Read on for an example of how getting up on the tray of a vehicle led to a horrific accident:

I had climbed onto the tray bed of one of my vehicles to tie off a load (like I have done numerous times). This was a normal, considered process; however on this occasion I think it got away from me and I fell to the ground.  I don’t remember falling (less than 4 feet), however I do remember calling out when the pain jumped out at me. My initial thoughts were that I knew my shoulder was out of place and that my leg shouldn’t look like that! 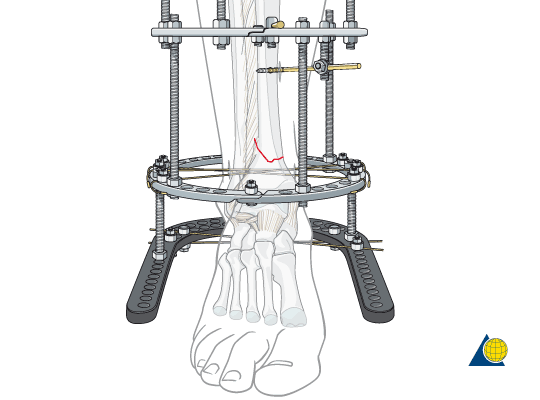 It has been four and a half years since then, of which over 12 months has been spent in a variety of hospitals.  It is still not over – despite 47 operations to date. Not only were there operations on the damaged shoulder and leg, they also invaded my arm, calf and thigh from my other leg to try and assist the re-building process.

There were several times when the process verged on amputating my leg as it was now 40mm shorter than before. The leg had to be non-weight bearing, so I was bed ridden for long periods and they used an Ilizarov frame (similar to that depicted below) to stabilise the leg. The Ellipse Nail procedure (also pictured) was applied over many operations to lengthen the leg. I was on a walking frame for over 12 months and then another 3 years on crutches. Pain has been a constant aggravation and several post operation infections surrounded a golden staph infection.

The leg lengthening process has largely been successful, although I still walk with an exaggerated limp. My foot and ankle are frozen with traumatic arthritis.  I have great difficulty on gradients or uneven ground and because of the efforts involved, I suffer great pains in my knee, hips and back.  I certainly fatigue very easily and this limits all activities.

My life has generally been on hold and it has impacted on many levels – physically, emotionally, financially and on my family.
Physically I have put on extraordinary weight and am susceptible to constant little accidents and setbacks.  These continuously result in a few days in bed. It takes longer to get around and wears me out easily.
I am not able to go skiing or kick a football with my kids.  Home maintenance activities are restricted. I effectively had to employ two people to replace my work output and my wife had to step in and take responsibility for business management and family welfare on her own.
I have felt frustrated, depressed and lost my self-worth for long periods. I feel like an anchor to my family as I am dependant and reliant on them for even the simplest things. In many ways I have withdrawn from society.
I have sought professional counselling and am lucky to have a fantastic support network, so I am very positive about the future.  It has certainly made more focussed on family experiences and a matured perspective on life also enables more empathy for others.
Once the device is eventually removed, I will throw myself into continued physiotherapy and one day hope to complete the Kosciusko walk. 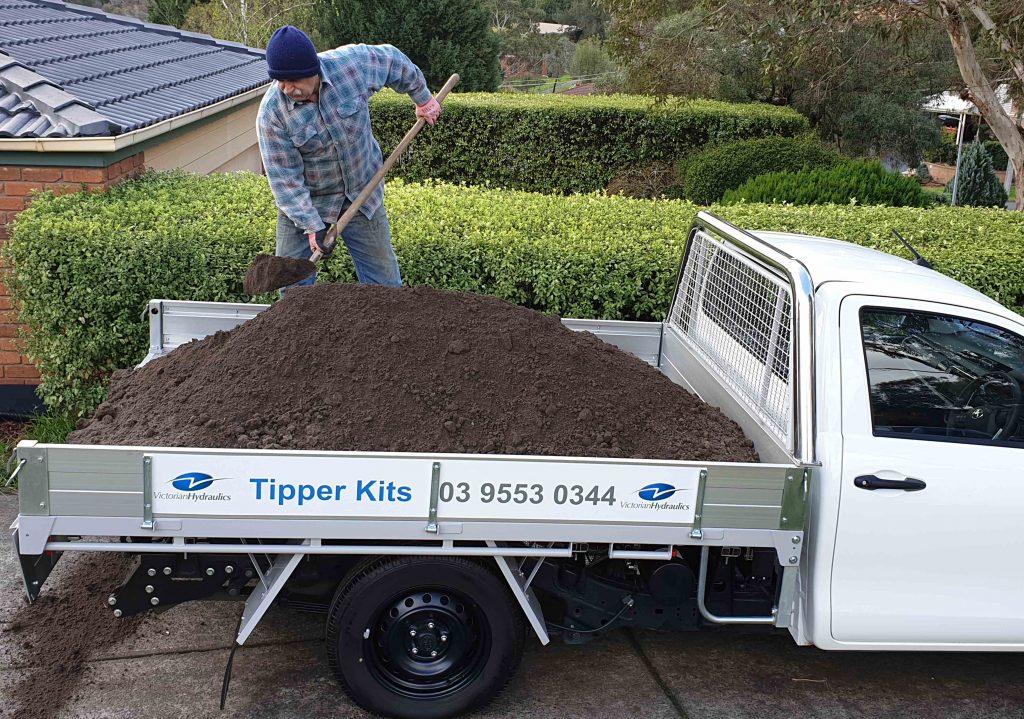 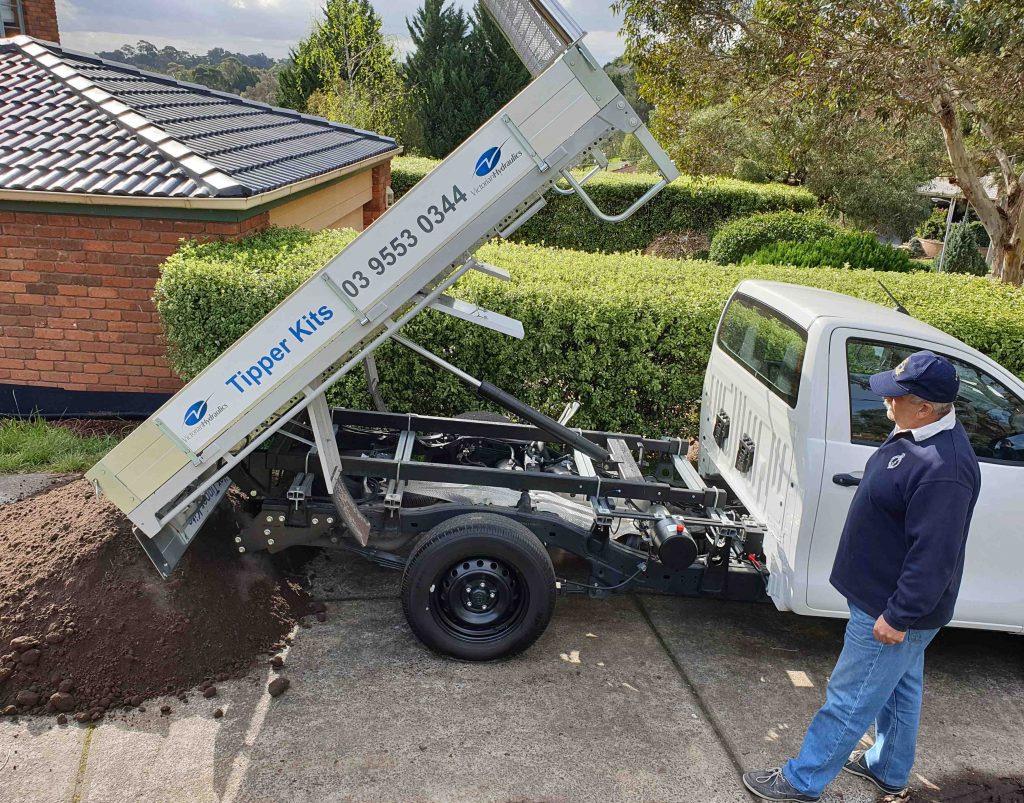 Even with a Safe Work Procedure, the risk outweighs the gains.  Automating the unloading procedure from the ground makes great sense. It take less effort and is completely safe.
A hydraulic tipping vehicle is an ideal solution and great value for money.